The earth’s biosphere is becoming rather uninhabitable due to the greenhouse gas emissions and the adverse climatic changes on earth due to human activities. It is no secret that in every passing year, the average global temperature is rising. The outcome has been rapid melting of glaciers, rising sea levels, rising ocean temperatures, extreme flooding, heatwaves, augmented storm surge threats, dead zones, widespread desertification, and drought.

The world has also continued to witness an alarming rate of permafrost formation and extreme winter weathers owing to the changes in global temperatures. Altogether, these adverse mediums and the long-term impacts of climate change have been given the name climate crisis. The climate changes over time, coupled with the immediate, present, and future danger, therefore, defines climate crisis.

We are the first generation to be able to end poverty, and the last generation that can take steps to avoid the worst impacts of climate change. Future generations will judge us harshly if we fail to uphold our moral and historical responsibilities

These phenomena include the increased temperature trends described by global warming, but also encompass changes such as sea-level rise; ice mass loss in Greenland, Antarctica, the Arctic and mountain glaciers worldwide; shifts in flower/plant blooming; and extreme weather events.”

It is an agenda that is currently being pursued by various international organizations, environmental regulatory agencies, and countries in connection with the historic Paris Agreement as a framework for fighting climate change and mitigating greenhouse gas emissions.

It is thus only right that man comes up with solutions to save the earth of this eminent crisis. Some of the top 10+ promising solutions to tackle the growing problem of the climate crisis.

1. Enactment of Laws and Strengthening the Already Existing Ones

States need to take immediate action to avoid climate change and global warming disasters in the next five to ten decades. And for this to be achieved, nations need to have a common agenda for the enactment of laws and policies that prohibit carbon emissions according to the Paris Agreement.

Significant examples include the carbon tax policy, emissions tax on GHG emissions, and energy tax. The laws enacted must be backed up with heavy penal sanctions and fines, termination of climate skeptics, and the shutting down of industries generating high levels of greenhouse gases to ensure the laws are enforced.

Every refrigerator, air conditioner, and supermarket case contains refrigerants, specifically chlorofluorocarbons (CFCs) and hydrochlorofluorocarbons (HCFCs), those having the capacity(depending on their exact chemical composition) to warm the atmosphere 1,000 to 9,000 times more than that of carbon dioxide, and which were once main reason for depletion of the stratospheric ozone layer essential for absorbing the sun’s ultraviolet radiation.

The CFCs and HCFCs have been phased out of use after the 1987 Montreal Protocol on Substances that Deplete the Ozone Layer. Now, three decades later, the ozone layer over Antarctica is beginning to heal.

However, refrigerants continue to cause planetary trouble. CFCs and HCFCs remain in circulation in huge volumes, retaining their potential for ozone damage.

In 2016, October, representatives from more than 170 countries gathered in Kigali, Rwanda, to negotiate a deal to address the problem of HFCs and making it mandatory, along with specific targets and timetables.

Through an amendment to the Montreal Protocol, phasing out HFCs started with high-income countries in 2019 and then, expanding to low-income countries in between 2024 to 2028. Now HFC substitutes are available in the market, including natural refrigerants such as propane and ammonia.

3. Use of Renewable Energy

Green or renewable energy is the safest option to avert the effects of the climate crisis. Based on a report published by the Energy Transitions Commission in 2017, global emissions could be halved by 2040 if the world focuses on the objective of using 100% renewable sources. The leading examples are wind and solar energy – both have zero carbon emissions.

Other reports also underscore that if 100% of the world’s energy needs could be met with renewable energy in the next five decades, the world may actually attain the 2015 Paris resolution of reducing global greenhouse gas emissions way below the forecasted 2 degrees Celsius.

Besides, the dropping costs and advancements in renewable technology, and solar grid parity promises cheaper and much more eco-friendly options of harnessing and using energy.

Logging and other forms of deforestation increase carbon emissions by up to 1.5 billion metric tons into the earth’s atmosphere, and 23% of current man-made carbon dioxide emissions are attributed to forest loss.

The national geographic has also stressed that the destruction of rainforests is a chief contributor to climate change. The reason for this is because forests and trees act as carbon sinks – they trap carbon from the atmosphere and store it for years.

Simply put, trees are reservoirs of stored carbon as they absorb CO2 from the air for photosynthesis and whenever they are burned or cleared, the carbon is released back into the atmosphere – all part of the carbon cycle. It, therefore, means that controlling logging and planting new trees can offset greenhouse gas emissions.

Moreover, although many states have laws and policies in place to minimize emissions, the majority are quite reluctant and unwilling to implement them. Lobby groups and campaigns can, in such situations, signal the need for urgent action.

It is also argued that the most straightforward and best way to tackle the climate crisis starts from individual actions, and as such, it can influence others or friend’s actions.

Talking to friends, relatives, and colleagues about the significance of re-use, buying durable and energy-efficient items, avoiding wastage, biking or walking to work, and switching to renewables can be helpful.

The difference that can be made with the individual efforts

Over the years, research has proved that efficient appliances help in keeping up to 2.3 billion tons of carbon dioxide from the atmosphere.

If the practice is maintained and we ensure that whenever we are buying appliances such as refrigerators, dishwashers, computers, printers, and washing machines, they are certified for energy efficiency, we can significantly help in mitigating climate crisis. The use of LED bulbs also consumes less energy as compared to the conventional ones.

The study has shown that saving water, for instance, turning off the tap while brushing your teeth, taking shorter showers, and installing low flush toilets help a great deal in reducing carbon emissions into the atmosphere.

It is because a lot of heat and energy is used in the pumping of water, contributing to the emissions of greenhouse gases into the atmosphere.

8. Have a Climate-Friendly Diet

Western diet pays a high climate price. The increasing livestock accounts for nearly 15 percent of global greenhouse gas emissions (specifically potent methane gas) each year as per the most conservative estimates, and as per the most comprehensive assessments, direct and indirect emissions are more than 50 percent.

The production of meat and dairy contributes to many more emissions than growing vegetables, fruits, grains, and legumes. The substitutes of meat made from plants are a crucial way to minimize disruption caused by the traditional methods of cooking and eating.

It is necessary to reframe meat as a delicacy rather than a staple and these days, rapidly improving products, researches and venture-capital investment, and mounting consumer interest is helping non-meats markets to proliferate.

Dietary change is not easy because eating is highly personal and cultural. However, overeating of meat can lead to strokes, heart disease, and certain cancers.

As a plant-rich diet is robust, it is possible to eat well, in terms of both nutrition and pleasure. The decisions you make about food eating lower on the food chain can have a profound effect on the environment.

Nearly 800 million people worldwide have accepted hunger to be a condition of their life and our food waste contributes 4.4 gigatons of CO2-equivalent into the atmosphere each year, which is roughly 8% of total anthropogenic greenhouse gas emissions.

Wastage starts occurring in the supply chain, rotting on farms, or spoiling during storage or distribution. Sometimes retailers reject food or simply order or serve too much.

In regions of higher income, wilful food waste dominates the supply chain as consumers often overestimate the number of meals they will cook in a week. Alternately, food loss is typically unintended and structural in nature in places where income is low, and infrastructure is weak.

It requires interventions to address key waste points in the food chain and strengthening communication and coordination between producers and buyers, given that the world’s many smallholder farmers, producer organizations help with planning, logistics, and closing capacity gaps.

The lower-income countries require improved infrastructure for storage, processing, transportation, and major interventions that are needed at the retail and consumer levels in higher-income regions.

10. Use of Fuel-Efficient Vehicles

Automakers should design and manufacture vehicles that are more fuel-efficient to reduce greenhouse gas emissions.

For example, vehicular emissions, namely cars, buses, trucks, and motorbikes powered by gasoline, are responsible for 28% of the greenhouse gas emissions in 2016, according to a report published by the Inventory of U.S. Greenhouse Gas Emissions and Sinks 1990–2016.

Given the statistics, the global greenhouse gas emissions could double or triple that of the U.S. in 2016 owing to the ever-increasing number of vehicles on the roads.

To effectively mitigate this problem, the world’s population should consider using electric vehicles and if it has to be fuel cars, then they have to be fuel-efficient and those that release fewer greenhouse gasses into the atmosphere.

And since the Kyoto Protocol is not doing enough to curb the emissions from air transportation, the only viable way to mitigate climate crisis is to avoid planes.

Cutting down on one’s consumption goes a long way in reducing the number of fossil fuels burnt to produce more items. Apply 3 R’s of sustainability-Reduce, Reuse and recycle into practical life. Therefore, investing in efficient and durable items can tremendously help in tackling the planet’s looming climate crisis.

The habit of buying products and single-use items every now and then merely increases the demand for such products and manufacturers continue producing them, which results in increased greenhouse gas emissions during the production, packaging, shipping, and recycling processes.

Another way to restrict greenhouse gas emissions is through an upgrade of the old infrastructure and the construction of new ones with the guidance of the contemporary green building codes.

Research shows that buildings all over the world contribute up to forty-three percent of the total carbon emissions into the atmosphere.

Of course, when old infrastructure is upgraded and new ones constructed as per the recommended new green building codes, it could considerably mitigate the climate crisis.

Buildings and offices, for example, can be made to be more energy efficient by encouraging natural lighting and the use of solar and wind energy for cooling, heating, and cooking.

14. Be Politically Active and Vote

Along with taking action to reduce our individual carbon footprints, it is equally important to focus on changing the larger system. You have the most significant opportunity to reduce emissions.

Vote for leaders who take climate change seriously. They should commit to set targets to reduce harmful carbon emissions by science-based methods, formulate clear plans to reach those targets and their implementation, adapting to climate change, and shifting to a clean-energy economy.

Ensure that you are registered to vote and let your candidates know you are voting for the climate. Candidates’ positions on climate change vary widely, so know that your vote really matters. 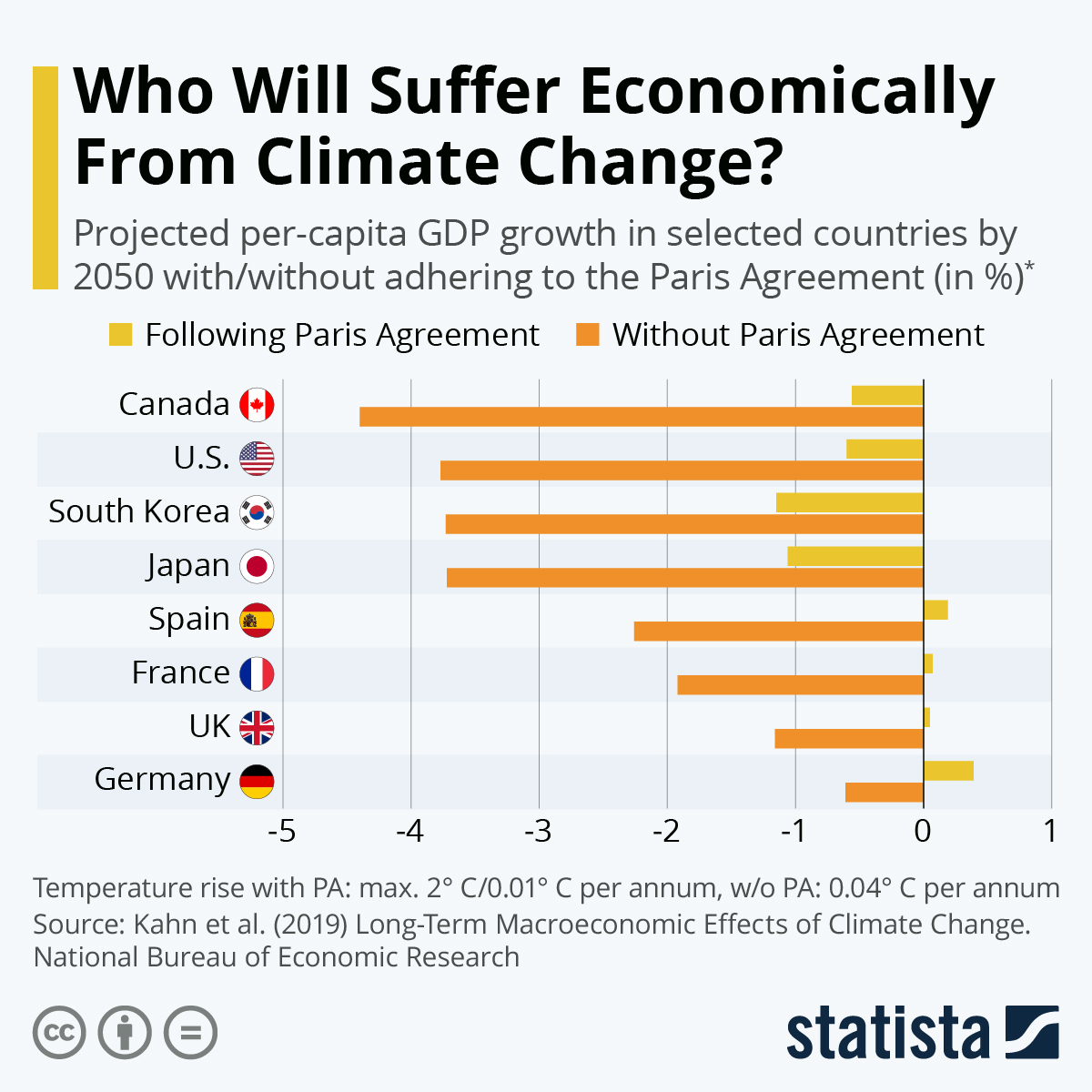